Building Fences in Hampton Roads Since 1885

Although Rosenbaum Fence Company is a large contractor, we do not only do large jobs. With an open-door showroom filled with product-knowledgeable employees, we proudly serve Hampton Roads’ large array of needs.

Rosenbaum Fence Company believes its strength and success comes from its people. We have seven foremen with 160 combined years of installation experience. We have three estimators with over 59 years of combined experience. Our reputation has been built over the last century. We are known for the longevity of our employees. Many customers only call one company for a quote – Rosenbaum Fence. It all comes down to trust. 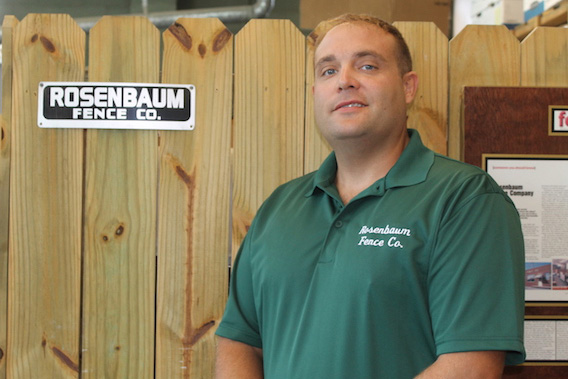 Shawn came to Rosenbaum Fence Co. in 2017 after gaining 10 years of experience in the construction industry as a commercial construction project manager/estimator.  He graduated from East Carolina University in 2007 with a construction management degree with a minor in business.  Before college, he worked for his family’s concrete business during the summers and weekends when off from school.

Walter Williams started working with Rosenbaum Fence Co. in 2000. Walter has over 30 years of experience in the fencing industry.

He is very knowledgeable with fence products and the industry. His customers are very confident in his ability to get the job done. 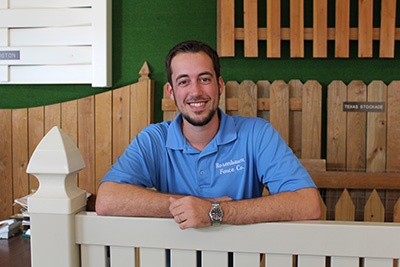 Josh graduated from Old Dominion University in 2011 with a marketing degree. He joined Rosenbaum Fence Company in 2013. He specializes in estimating and drafting for residential and commercial customers.

serving Hampton Roads
for over 130 years

What do you do with a family owned hardware store that is going down the tubes? If you are Donald Rosenbaum, you turn it into a thriving fence contracting business that benefits not only his family but the community.

The history of this business started in the early 1880’s with Adolph Rosenbaum, Donald’s grandfather. Adolph began his career as a tinsmith putting roofs on the local shipyard. He got an idea around 1885 that people needed to be able to easily buy “stuff.” He believed people needed access to nails, shingles, tools and other items to build and repair their homes and businesses, so he started a hardware store.

Donald was very close to his grandfather and began working in the store before he could even see over the counter. After World War II, Donald inherited the business and worked hard to grow it. But times were changing; discount stores, big building supply companies and national chains were taking their toll on the hardware business. Ultimately, he was forced to close his hardware stores. But he decided to continue a sideline business that had been a small part of the hardware business – fence installation.

Joan Rosenbaum, Donald’s widow says, “Fence installation was just a sideline business. He had one elderly man doing the installations. Donald was fond of saying that when he started this business you couldn’t fill a thimble with what he knew about fencing.” Obviously that dramatically changed over the next 30 years. Rosenbaum Fence Company opened its doors in 1966. On the first day, two men who had some experience installing fences showed up looking for work. Rosenbaum hired them on the spot. The Rosenbaum Fence Company was ready for business.

Read the entire article from Fencepost

“I had two types of fence put up plus the removal of my old fencing. This team of men were great. Very curious, prompt, answered any questions and cleaned up afterwards each day. I highly recommend this company. I am beyond pleased with my fence. The representative that came out showed me all kinds of options and was very informative about the fences I wanted. My neighbor called and added on with new fence too.”

Rosenbaum Fence Company is associated with these industry-related organizations: 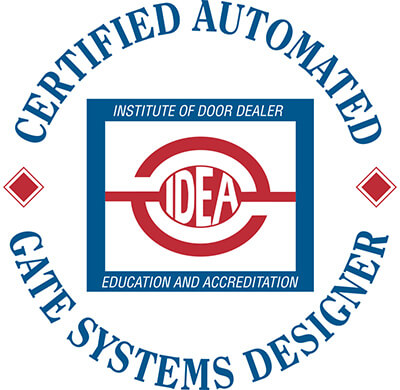