What do you do with a family owned hardware store that is going down the tubes? If you are Donald Rosenbaum, you turn it into a thriving fence contracting business that benefits not only his family but the community. 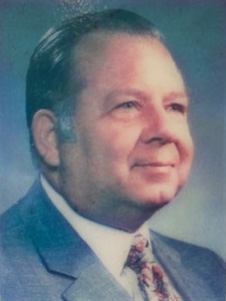 The history of this business started in the early 1880’s with Adolph Rosenbaum, Donald’s grandfather. Adolph began his career as a tinsmith putting roofs on the local shipyard. He got an idea around 1885 that people needed to be able to easily buy “stuff.” He believed people needed access to nails, shingles, tools and other items to build and repair their homes and businesses, so he started a hardware store.

Donald was very close to his grandfather and began working in the store before he could even see over the counter. After World War II, Donald inherited the business and worked hard to grow it. But times were changing; discount stores, big building supply companies and national chains were taking their toll on the hardware business. Ultimately, he was forced to close his hardware stores. But he decided to continue a sideline business that had been a small part of the hardware business – fence installation.

Joan Rosenbaum, Donald’s widow says, “Fence installation was just a sideline business. He had one elderly man doing the installations. Donald was fond of saying that when he started this business you couldn’t fill a thimble with what he knew about fencing.” Obviously that dramatically changed over the next 30 years. Rosenbaum Fence Company opened its doors in 1966. On the first day, two men who had some experience installing fences showed up looking for work. Rosenbaum hired them on the spot. The Rosenbaum Fence Company was ready for business.

Rosenbaum was good to his employees. “Employees were like his children, they were family. People came to work for him and stayed,” explained Joan. One of those people who came and stayed is current President, Russell Kellam III, better known as Rusty. “I came right out of college and have been here about 23 years,” Kellam said. “We built Rosenbaum Fence into a full service fence company,” he continued, “with an open-door showroom filled with product-knowledgeable employees.” Kellam’s first job at Rosenbaum was installing fences, later he moved into sales. Today, Rosenbaum Fence has 28 full-time employees. There are ten full-time crews and two sub-contracted crews. Training has always been a big part of Rosenbaum Fence Company. “That was important to my father,” Neal Rosenbaum explained. “When he hired crews they worked for him. He trained them; they used his trucks and his tools. That way he controlled the quality and he could be confident in the end result.”

Like any business, Rosenbaum Fence faces many challenges. “In the short-term our biggest problem is keeping our trained employees,” said Kellam. “We train new employees to be helpers to our foremen until they have enough experience to become a foreman. But because we do such a good job of training, there are many ‘poachers’ trying to hire-away our trained staff.” Their long-term challenges include dealing with an aging workforce and adjusting to the changing demands of the industry. “Today, everyone wants maintenance-free products,” Kellam observed. “That means ornamental iron and PVC. We are working hard to meet the demand.”

Kellam plans to meet these challenges head-on. “You need to know your competition and stay up-to-date on industry trends,” he explained. “That requires a lot of training.” Rosenbaum Fence uses every resource available to them. They use the AFA Field Training School and attend FENCETECH to keep up with industry trends. Kellam believes the classes and seminars at the tradeshow are very beneficial, but he sees the most benefit from the roundtables. “You can hash over experiences with other people and share new ideas,” he explained. “Sometimes easy solutions appear. And while there are some regional differences, you realize that most of the fence business is the same.’

When new products come out, they use manufacturer training for help in product knowledge and sales. “But most of our training is still done in-house and on-the-job,” Kellam proudly admits. “We want our future foremen to have experience with the professionals on our staff. We work to instill in them a sense of pride.”

While it is important to educate employees to make them good at their job, Rosenbaum Fence also takes care of the needs of their employees. The company provides health, dental and life insurance for their staff. Employees receive profit sharing, and Rosenbaum Fence works hard to create a family atmosphere. Fishing trips and cookouts are planned so that employees feel connected to each other and loyal to the company. Rosenbaum Fence’s reputation for caring for its employees has encouraged some fencing contractors to close their own businesses and come to work for the company. “In this industry it is hard to build trust with employees,” said Kellam, “but we won’t steal employees from our competitors.”

Clearly, Rosenbaum Fence Company believes its strength and success comes from its people. “We have seven foremen with 160 combined years of installation experience,” Kellam proudly states. “We have four estimators with many decades of combined experience. Our reputation has been built over the last century. We have strong name recognition and are known for the longevity of our employees. Many customers only call one company for a quote – Rosenbaum Fence. It all comes down to trust.”

Although Rosenbaum Fence is a large fencing contractor, they do not always do large jobs. They have installed long span bridge work and cemetery fences, beside regular commercial and residential jobs. But their most unusual job was building a cage for helicopter blade testing at a government facility. “We had to build this cage around the engine. There were very thin walls in the building and they were afraid the blades could come off and cut through the walls,” said Kellam. “We all got together and put our minds to the test to build a structurally sound solution. The end product was 20 feet high and the entire cage, including the top, was six-gauge wire both inside and outside.”

When asked if he had any suggestions to share with other companies Kellam immediately said, “Always remember that the customer is #1. Treat them fairly; bend over backwards to make them happy. Build good will; it will pay great dividends in the future.” He added, “Never ask an employee to do a job you would not do. Safety is a top priority. Remember your employees are an extension of your office.”

Rosenbaum Fence Company has learned to weather the inevitable changes that occur in any business. But throughout all the changes, they have remained true to their core belief: treat both your customer and your employees fairly and with respect. Their common sense approach has paid big dividends for the company and the community. At Fencepost magazine, we hope that their next hundred years will be as successful as their first.

Donald Rosenbaum: The Passing of a Giant in the Fence Industry

Everyone who knew Donald Rosenbaum agreed on one thing: he was a giant of a man. That says quite a lot about a man who only stood 5 foot three and a half. But his friends and family agree that what he lacked in height, he more than made up for in heart.

Donald took enormous pride in his business. He built the Rosenbaum Fence Company, the largest independent fence company on the peninsula, from the ruins of his family’s hardware business. He treated his competitors with respect and professionalism. When a former employee, turned competitor ran short on materials to complete a job on time, Donald offered him the needed items at a discount so he could complete the job on time and still make a reasonable profit. Many of Donald’s competitors have their roots in Rosenbaum Fence. Donald was supportive of employees who left and started their own company.

He took pride in his religion. He was an active member of the Rodef Sholom Temple, a Jewish congregation his grandfather and father helped found in the early part of the last century. Rosenbaum was more than just a member; he offered his time, his money, his ideas, and sometimes even his fence crews, to support his congregation and his faith.

He also took pride in his community. He looked at the needs of the community and offered solutions and services. But he did so quietly and modestly. His family and friends knew him as a man without prejudice. He hired from the community without regard to race or creed. He was the first in his area to have women installers. He was willing to give everyone a chance.

But mostly, Donald Rosenbaum took pride in his family and friends. He is survived by his wife of 51 years, Joan, one son, three daughters, nine grandchildren and a life-time of friends and co-workers, all of whom he deeply loved. Before he died in April of 2002, he wrote directions for his burial, and he even wrote his own obituary to save his wife the difficulty of writing it after his death. The many letters that Rosenbaum received from current and previous employees paint a picture of a man of compassion, a man willing to give his time and energy to help another person grow into who they were meant to be. Each letter expressed the same sentiment: I am a better person because of you.

One letter seemed to sum up all the others. This employee wrote: “I admire you for all you have accomplished during your career but I admire you more for the man that you are.”

Donald Rosenbaum was a giant of a man, who stood only five foot three and a half in height, but who stood seven feet tall in the eyes of the world.